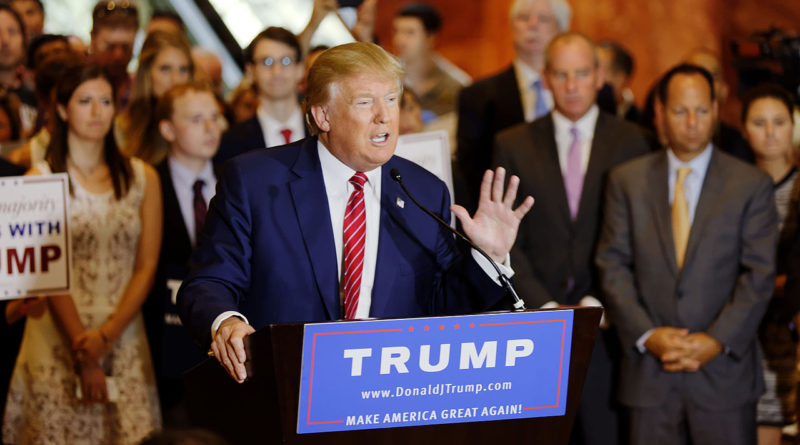 Leadership is difficult to define. Leadership is hard, leadership is prickly, and leadership will put up a fight. It is a character trait that many aspire to, many study at length, but few fully possess. In fact, there are more books on leadership than any other topic. In the end, leadership author Warren Bennis may say it best.

“Leadership is like beauty –  it’s hard to define, but you know it when you see it.”

Regardless on your particular stance regarding president-elect Trump, there are several key elements to his personality that provide reasons to be very hopeful of the future.

He’s Bold
There’s no arguing with the fact that Trump is a bold leader. Can you think of a great president that wasn’t bold in his leadership? On both sides of the political spectrum, history has rewarded presidents who come forth with a bold message. Lincoln’s vision for ending slavery was bold as was Kennedy’s vision for going to the moon and Reagan’s vision for ending communisim. While others couch their comments into politically correct soundbites, Trump has shown that speaking your mind isn’t necessarily a bad thing. Being bold is a good thing.  Speaking your mind as a leader helps those around you understand your message, helps them to come to realizations quicker, and is very refreshing in a climate of vanilla leadership. Throughout his campaign, Trump provided a bold message. He spoke to the issues that we may comment on quietly during water cooler conversations, but might not have had the courage to shout from the rooftops.

He Surrounds Himself With Smart People
Weak leaders often surround themselves with people who share the same views. They surround themselves with those who don’t challenge them, don’t question them and don’t provide any additional insight. For a weak leader, this provides comfort. Their voice is echoed and restated by those around them and their confidence is bolstered by hearing their own dialog said in a different voice. True leaders surround themselves with those who buy into the vision, but may share differing points of view. The goal of a great leader is to hire and surround yourself with smart people that allow the leader to focus more on the direction of the organization. In a recent Washington Times article entitled “Trump’s emerging Cabinet is looking less Trumpian than expected”,  it appears even the media may be surprised at how those selected for the cabinet are both qualified and hold different points of view on key subjects.

He Sets Goals
One of the biggest challenge any leader faces is to set goals and to organize others to achieve those goals. Dwight Eisenhower once said, “Leadership is the art of getting someone else to do something you want done because he wants to do it.” Weak leaders don’t set goals. They are too afraid they will not achieve them. Strong leaders set lofty goals, and they are not afraid a goal will fail. Goals inspire others to achieve, and when reviewing the goals that Trump has provided, it can clearly be seen that congress is ready to act on them. Goals set by a leader provide expectations for those around them and Donald Trump has raised the bar.

Donald Trump is undeniably a leader. He has the boldness, vision, goals and people to push forward his agenda. If you’ve wondered what “Make America Great Again” truly means you and I are in luck. We have a front row seat.