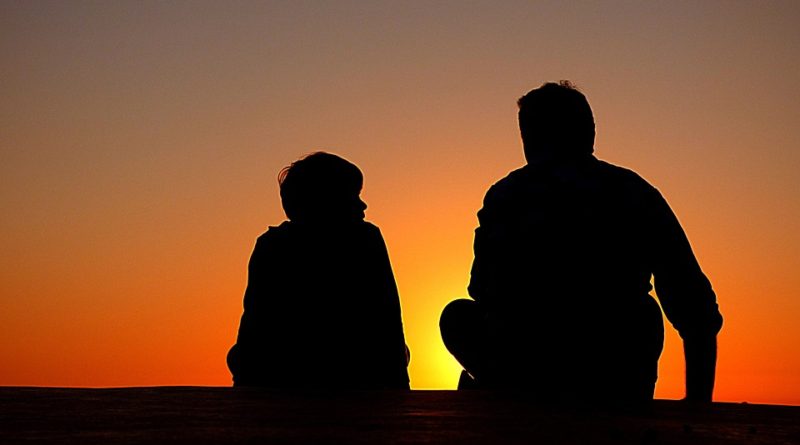 I have a seven year old son. Someday he will be a man. I feel bad telling him this, but he is growing up in a world where we are losing our boys. Modern culture seems dead set on destroying masculinity. In so doing, we have turned our culture and our back against our young men. We praise the strength and dreams of our young women, challenge them to expand their horizons and challenge them to push the boundaries of what is possible. All girls should be empowered…and so should our boys.

The loss of our boys begins early. While great lessons and learning opportunities should most often come from parents, teachers and family, our children are also a product of their environment. Since the invention of Mickey Mouse, Disney has been a large part of children’s lives. With their recent “Dream Big” campaign, Disney sends an empowering message directly targeted to a young female audience. Likewise, nearly all of their recent shows and movies revolve around strong female roles and cast members. Again, this is not to say that our girls should not be empowered. However, can we decide to empower all of our children regardless of gender? Apparently not. When searching Disney, a companion male empowerment campaign is nowhere to be found. It would appear that young boys do not need to be empowered, encouraged or strengthened.

The truth is, our young men do need to be empowered. Women have outnumbered men in colleges since the late 1970s. The gap is widening and more women are graduating college, graduate school, masters programs and doctorate programs than men. Women are beating men in every category from test grades to admission rates. Women tend to drop out of college more infrequently than men and are suspended less often in high school.

In  a 2006 paper on the college gender gap by economists Claudia Goldin, Lawrence Katz and Ilyana Kuziemko, the gender gap at universities is explained. “A more level and wider playing field for girls enabled them to blossom,” they write. “At the same time, the slower social development and more serious behavioral problems of boys remained and allowed girls to leapfrog over boys in the race to college.” Simply stated: Our girls are blossoming and our boys are struggling. Again, it is imperative that we keep encouraging our young women to dream big and achieve big. However, when looking at the data, should it not be a priority to assist our young men?

It is in this environment that my son is learning, growing and steadily becoming a man. What should I show my son to inspire him about his gender? What do I show him or tell him to prove to him that being a strong man is a virtue and not a liability in need of remediation? He has no Disney “Dream Big” campaign, so as his father, I will supply him with the same knowledge my father gave me:

I love you. I know I say that  a lot, but I can’t help it. I’m so proud of the boy that you’ve become and so excited about the man you will soon be. I wish I didn’t have to tell you this, but being a man is getting harder. I feel it now and by the time you get there, I worry it will be even worse for you. It somehow seems more complicated. I know this is hard to understand. Maybe it will help if I tell you about the men you descend from. These are men I met myself and the men who share the blood that now runs through your veins. Your great-grandfathers both fought for this country in WW2. One of your great-grandfathers flew bombing raids over Germany as the Navigator of a B-24. His odds of getting home were slim, but he knew the importance of being dependable and doing your job so that others might reap the rewards of your hard work. That’s called character, son. After the war, he struggled, but was able to put three daughters through college. He had been raised from nothing. He was the first one in his family to ever go to college and was extremely proud to see all of his daughters graduate. That’s called strength, son. He was an amazing man and I gave you his name on the day you were born. Your other great-grandfather was a quiet man. He led by example, gave of himself unselfishly to his family, and worked to make sure those around him were happy. He lived a long life and was marred to your great-grandmother for almost 70 years. He took care of her during the last years of her life and never complained about his own ills. When you shared the room with him,  you saw a man who lived a lifetime dedicated to the empowerment of others around him. He didn’t need to say it. He didn’t need to boast about it. He lived it.  Son, that’s called presence.

Your grandfather, my father, worked like crazy to put your aunt and I through college. He never owed anyone a thing, has the most amazing sense of morals a man could possess and was my role model growing up. He taught me how to do most of the things I will teach you. He taught by doing. He led through example.  He woke up every morning, worked all day to provide for his family, and never allowed me to quit. Son, this is called perseverance. Your other grandfather, my father-in-law is one of the most amazing men I have ever had the opportunity of knowing.  He listens before speaking and believes that everyone has the power to be the person that god designed them to be. His relationship with god gave him the strength to be the strong man he is today. Son, that’s called faith.

My son, these are your men, and these men are your story. If you’re lucky and strong, maybe it will be your story too. They’re gritty, they don’t care if their hands get dirty, and if they fall, they get back up. They always get back up. Your men are not timid, but not boastful. Your men know that no matter what society tells us to do, we open doors for women, we pull out chairs for women, and we walk on the outside of the road. We do not do this  because they are unable or incapable of doing so, but because we truly respect them.  Your men work hard for their families, are kind to those around them and are happy to teach their wisdom to anyone.

This is your legacy my son. It’s not rich in wealth, but it’s rich in character. I hope I am doing everything I can every day to pass it to you.  There are those who will tell you that strong male behavior is not desirable in today’s day in age. Son, let me tell you being a strong male will always be desirable in any day in age if you follow the example of these men.

Character isn’t something that goes in and out of fashion. Character is timeless. Your character, strength, presence, perseverance, faith, and dedication to the people around you are what make you a strong man. Don’t ever let people question this. As you get older, you’ll learn that life is less about what you say and more about what you do. Be a man of action. Be bold and make sure that when you shake hands with someone, you use a firm grip and look them in the eye. Love your family. Know that as a man, there are times where others come first and that’s a good thing. Stay close to God and your faith.  Do these things and I think the the men that came before you would smile knowing the man you’ve become.

Son, there are things I will be here to teach you and some things you will need to learn on your own. I will promise to teach you how to change a car tire, how to jump a dead battery, how to shoot a gun, how to cast a lure, how to grill a steak and how to shave your face. I will teach you all that I know and give you all that I have in hopes that you will grow to be the best man our legacy could offer. I will always be here for you, love you, hug you, and encourage you to stand on the shoulders of the men who came before you. Don’t let anyone else try to convince you what being a man is all about, son. Manhood is not measured in muscle mass or touchdown passes. Manhood is not defined by your haircut or clothing. Manhood is about character. Manhood is not about the man at all, but the people that man influences, loves, fights for and teaches.

This is my marketing campaign. This is my message to my son. It’s not glitzy or polished. It’s a simple lesson. Though it, I hope to make him the best man he can be. Let us make the decision to empower all of our children. Our daughters…and our sons.