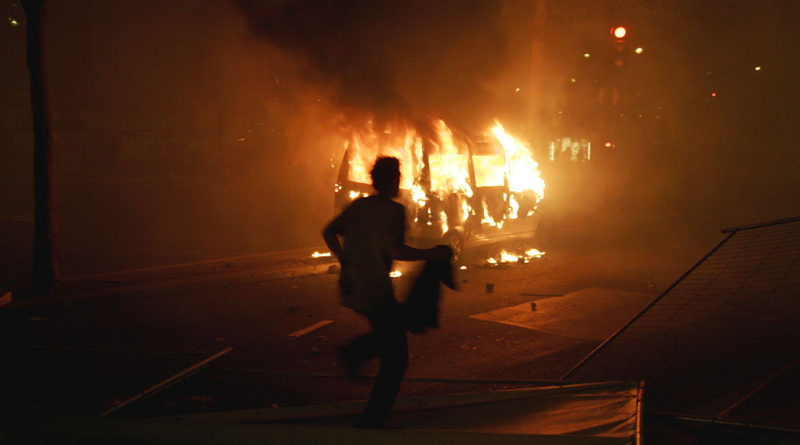 Is there an alt-left?

Forbes doesn’t think so. Really? Please then explain why free speech is dead for conservatives at universities. Please explain why protests happen when conservatives try to open a dialog. Please explain why riots for BLM happen. Please explain why anyone with a conservative viewpoint is placed directly in the crosshairs, prevented from speaking and requires a security detail if they choose to speak on a campus. Of course, we know all about the alt-right. The liberal media makes sure of that.  The alt-right hates women. The alt-right hates minorities. The alt-right wants to steal your children in the night. The liberal media wishes to make every right-minded individual appear extremist in an attempt to paint conservatives as angry, militant, racist, women hating bigots. However, they are also equally quick to pardon the alt-left as they trample free speech at Berkley, Middlebury, and countless other colleges across the country. They are quick to treat BLM as a social movement rather than the angry mob looting our cities and sending victims to the hospital. They are quick to Yes, the alt-left exists. Just ask, Ann Coulter, Milo Yiannopoulos, Ben Shapiro, Heather MacDonald,  Charles Murray and Anthony Esolen. Each of these individuals was prevented from speaking their conservative message by the alt-left. You may disagree with every word that comes out of their mouth, however they should be given the right to speak.

Congress shall make no law respecting an establishment of religion, or prohibiting the free exercise thereof; or abridging the freedom of speech, or of the press; or the right of the people peaceably to assemble, and to petition the Government for a redress of grievances.

This is the First Amendment. This is America. Ironically, it appears free speech was fought for and now dies on the Berkley campus.

Yes, there is an alt-left, and their politics are just as dangerous as anything the media could dream up and pin on conservatives. Here’s the problem with the alt-left. Freedom of speech is a right given to both you and those opposing you. Protesting peacefully is your right, rioting is not. Destroying property is not a right. Obstructing the ability for others to speak is not a right. The constitution does not just apply when it’s convenient, it applies all of the time.

The reality is that most Americans live near the center line of politics. According to Pew, more Americans are conservative or moderate versus being liberal. When we watch the alt-left riots on TV or read about them in the news, we aren’t witnessing the views of mainstream America here. Why then are we letting this faction betray the constitution and usurp our rights? As true conservatives, we would never condone a KKK rally, so why is this acceptable to the left when exercises equal in bigotry, militancy, hate and intolerance are practiced by the alt-left? Yes, Forbes, there is an alt-left. Let’s stop pretending they don’t exist.