Nothing seems to polarize America faster than talk about gun rights and the Second Amendment. Both sides have their camps, their lobbyists, their political support and their arguments. Today, we would like to make a sound argument as to why gun rights are necessary. Hopefully, this will aid as a guide for liberals who seem to have forgotten the reasons why such rights are necessary.

Congress shall make no law respecting an establishment of religion, or prohibiting the free exercise thereof; or abridging the freedom of speech, or of the press; or the right of the people peaceably to assemble, and to petition the Government for a redress of grievances.

While it would be routine for an article of this type to begin with the Second Amendment, it is prudent to bring up the First Amendment to begin this discussion. Why? This country adores the First Amendment. We cherish it, we hold it dear, we quote it while beating our chests and screaming from the rooftops, speaking our minds or assembling to protest. It gives us the right to assemble, boycott or speak out about whatever is on our minds. Any attempt to limit the rights of the First Amendment would come under attack by liberals and conservatives alike.

“A well regulated Militia, being necessary to the security of a free State, the right of the people to keep and bear Arms, shall not be infringed.”

Our society does not feel the same way about the very next thought on the minds of our founding fathers. We are allowed, and given the right to own guns. Not a privilege, not a suggestion, a right. It is impossible to wield the full weight of the First Amendment without also paying respect to what is written a few short lines below it. Many will argue that the Second is an arcane relic of a distant past, however District of Columbia vs. Heller in 2008 upheld the Second Amendment in a landmark decision.

“The Second Amendment guarantees an individual’s right to possess a firearm unconnected with service in a militia, and to use that arm for traditionally lawful purposes, such as self-defense within the home. United States Court of Appeals for the District of Columbia Circuit affirmed.” 554 US 570

Our founders weren’t relics. They weren’t ignorant to what they were proposing with the Second Amendment.

“The laws that forbid the carrying of arms are laws of such a nature. They disarm only those who are neither inclined nor determined to commit crimes…. Such laws make things worse for the assaulted and better for the assailants; they serve rather to encourage than to prevent homicides, for an unarmed man may be attacked with greater confidence than an armed man.” – Thomas Jefferson

“The Constitution shall never be construed to prevent the people of the United States who are peaceable citizens from keeping their own arms.” – Samuel Adams

“To disarm the people…[i]s the most effectual way to enslave them.” – George Mason

While we believe that our freedom is guaranteed, we are wise to learn from men who were writing their words while living in the wake of tyranny. It is at this point in the argument where the left will begin claiming that such tyranny would never again happen in America. They are absolutely right. Tyranny will not happen here. The founding fathers have given us the Second Amendment to protect us. History shows time and again how evil ideologies begin as a movement and ultimately usurp the rights of the people. Do we quickly forget how our fathers and grandfathers removed a German tyrant that rallied an entire country to war? Do we forget leaders like Pol Pot, Saddam Hussein, Kim II Sung, Joseph Stalin, Adolf Hitler or Mao Tse-Tung. These tyrants didn’t just kill people of other nationalities, they brutally murdered their own citizens. They were all allowed to rise to power and they all lived after the time the founding fathers penned the Second Amendment. They are the embodiment of the evil the founding fathers were warning us about in our own nation, and the reason the Second Amendment is in place. More than a third of Americans say they or someone in their household owns a gun according to Pew Research Center. The roughly 300 million guns owned by Americans is the precisely the reason we are safe from tyranny here. Let us keep it that way, shall we?

In a perfect world would we need guns for protection?  Liberals make the argument in these terms:

Let’s play along for a moment. If we were to remove every gun in the world and access to these guns, would crime decrease? Does removing the gun remove the motive and the reason for crime to occur? Given a motive, bad people will commit bad crimes with any tool at their disposal. In gun adverse UK in the decade following the Labor party’s election and banning of handguns in 1997, the number of recorded violent attacks soared by 77% to 1.2 million in ’07. Also in the UK, a group of doctors has called for a ban on long pointed kitchen knives based on the increased level of stabbings. Criminals will be criminals. We don’t live in a perfect world.

The left loves to share statistics on how bad gun violence is in the United States in an attempt to scare up new gun laws. Yes, gun crimes are awful. However, the magnitude of these crimes is grossly exaggerated. According to the CDC, 31,959 people in the US die from accidental falls each year. This figure is almost three times higher than the number of homicides caused by firearms. Using this logic, the left’s efforts would be much better spent in researching how to make stronger and safer ladders.

Moving back into reality, we all need to acknowledge that whether we like it or not, guns are here in America and will be used as a tool by those committing crimes here. Should they not also be available as a tool for those who obey the law and wish to protect themselves? Analysis of FBI crime statistics shows that states that adopted concealed carry laws reduced murders by 8.5%, rapes by 5%, aggravated assults by 7% and robberies by 3%. Guns deter crime. Women use a gun 200,000 times a year to defend against sexual abuse. In fact, 3 out of 5 polled fellows say they won’t mess with an armed victim. We don’t live in a perfect world. Let’s stop acting like it. Criminals will use every element at their disposal to do their bidding. Sometimes the tool a criminal chooses is a gun. Why then should we ever deny law abiding citizens from protecting themselves.

The Flipping the Tables Argument

What if instead of proposing laws advocating the of removal guns, we actually required them? The city of Kennesaw, Georgia did just that in 1982. Following the passing of their gun requirement law, the burglary rate dropped 89% and today is still 85% lower than Georgia or the national average. Guns are a deterrent. The citizens of Kennesaw were given not only a right to protect themselves, they were given a mandate. Kennesaw knows that our safety and well being does not rely solely on the shoulders of the excellent men and women in blue. Criminals don’t care about laws. If they did, they wouldn’t be robbing a house, committing rape or assaulting victims. Criminals care about not getting caught, exploiting weakness, and preying on easy targets. For the same reason we place stickers on our doors that proclaim our home is protected by a security system, Kennesaw has given every criminal a strong message of deterrence.

As a nation, we have become gun-phobic. Liberals have made us believe it is the gun, and not the people behind them that does both bad and good. Good people behind guns have built this country into a place where freedoms can be enjoyed. And yet, these good people are the very citizens being punished with draconian gun legislation.

In 2011 Ryan Jerome, a former decorated Marine walked into the Empire State Building and asked the security staff where he could check his gun. As an Indiana concealed permit holder, he had the right to carry a weapon. As a citizen of the United States and protected by the Second Amendment, he had the right to carry a weapon. As a former Marine who served his country, he had the right to carry a weapon. According to New York’s draconian gun laws. He did not have that right. Ryan Jerome was arrested on a felony weapons charge which carries a minimum sentence of 3 1/2 years. After public outcry, he was forced to pay a fine and agreed to community service. The left would argue that he should know the laws of the state and should not have traveled to New York with his handgun. Again, they would be missing the point. Like worshiping in church, speaking our mind or deciding to protest, gun ownership is a right bestowed on Ryan Jerome by the constitution. If we trust Ryan Jerome as a gunner in battle, trust him in Indiana to carry a weapon and give him the rights under the Constitution of the United States to own a gun, why is he arrested in New York?

Our founding fathers wrote the Second Amendment for a reason. They knew what we seem to forget. Bad people exist, tyranny exists, a perfect world does not. It is up to the citizens of our democracy to protect our rights. It is our right, our duty and our obligation to use the First Amendment if not for the sole purpose of defending the Second. 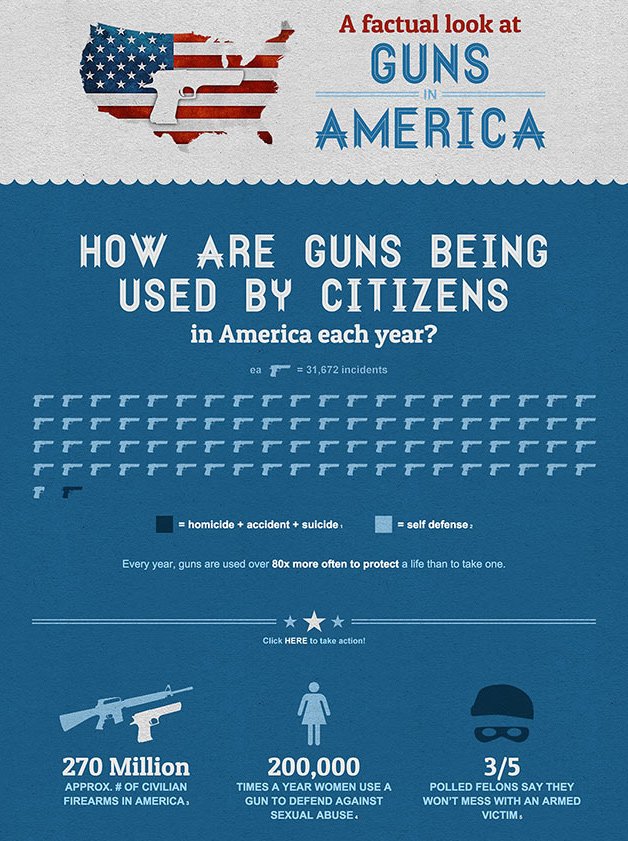 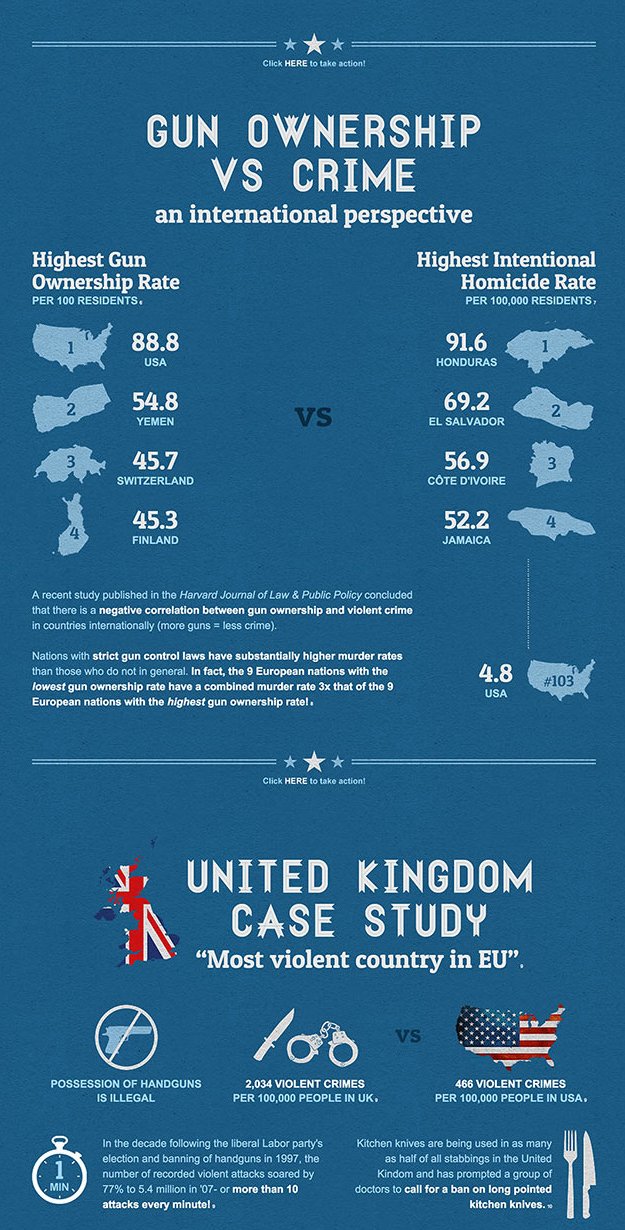